It’s time to leave behind the shitshow that was 2016. If this year were a flavor, it would taste like drinking orange juice after brushing your teeth.

Naturally, you’ll want to start fresh, and you probably think a new year’s resolution is the way to go. Hell, you may have already started the planning process; signing up for that gym membership you’ll use twice for that treadmill in the corner, planning out trips to the local Whole Foods that will only end in indulging your overwhelming feelings at Smashburger, and attempting to get that promotion before exploding at that bitch Sandra for forgetting to follow up with your client again. I’ve resolved to stop writing run on sentences. I’m off to a great start!

In the interest of saving your wallet and sanity, here are five new year’s resolutions you’ll actually keep this year. If you need me, I’ll be lost in a sentence that’s six lines long and still hasn’t made a point.

This one is easy because it won’t cost you any popularity points at family reunions. Instead of picking a fight with Aunt Susan over Social Security and Medicaid, find a social media celebrity with at least 10,000 followers and start your comments war with them instead! Given their large following, they’re unlikely to notice your rants. The same can’t be said for Susan’s husband… or the rest of your family. You really dug your own hole by telling her to shove her opinions up her ass and find an insurance company that’ll cover it, though.

2.  Get more exercise by letting your thoughts run free

​Do you ever watch the show Island Hunters? It’s a wonderful show about the obscenely rich who buy their own goddam island! If you’re feeling okay financially, this show may knock you down a peg or two. I can afford to eat at Panera once a week, these jokers could buy the company itself… probably.

Normally, I’d halt any and all thoughts about what I’d do with an actual island, but I’m trying to get more exercise, and letting my thoughts run wild is a great starting point. First option is easy; elephant sanctuary. Look at this and tell me you don’t want these magnificent sweethearts protected from capitalism…

Other choices take a bit more brainstorming. So go crazy!

Every office has a Matt. If you don’t think your office has one, then it’s you. He’s the jerk who eats other people’s clearly labeled lunches, takes credit for every one of your ideas, and has been pronouncing bruschetta with an irritating accent since his study abroad in Italy sophomore year.

If there’s one thing Matt hates, it’s noise that he’s not making. It disrupts his zen, or whatever the hell he’s calling it. And nothing is more frustratingly loud than the satisfying crunch of raw vegetables. What’s Matt gonna do? Berate you for your health choices? Complain to HR that you’re getting your daily serving? Change as a person? Not a chance in hell! You’ve trapped him, well done. 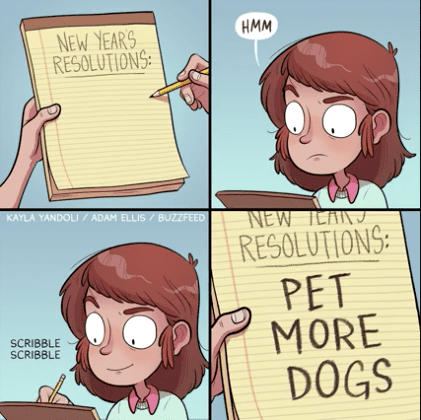 ​
5.  Remember the Lord made you in His image so have an extra slice of cake because you’re perfect, ok? 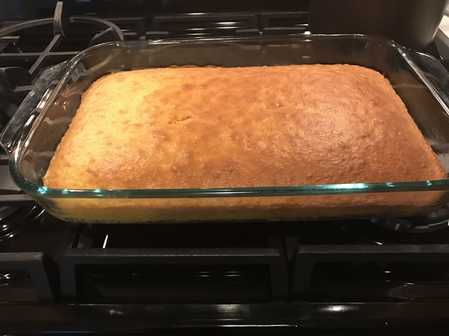 I baked this beautiful delight myself. Yes, there was supposed to be frosting, but it was taking a long time to cool and I got impatient. Anyways, have a slice, have an extra slice, eat the whole thing if you want. Because unlike 2016, you are a flawless specimen of human perfection who needs no justification for their high calorie consumption rates. Dig in, hot stuff!
Got any New Year’s resolutions to share? Tell me as soon as a I put this empty frosting container away!

When you’re between jobs, there are always budget-friendly options for making ends meet. Craig Brown from Your Career Boost teaches us how in this guest post!

If you’ve ever read an SEO guide on creating the perfect blog post that left you more confused than when you started, I sympathize. Blog

Lately I’ve been scrolling through a lot of my pre-covid travel photos. Why? Hard to say. I guess I just like to punish myself with