Amazing Women in Technology: A Response to the Google Memo 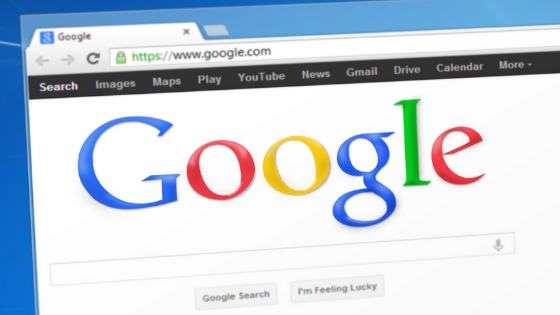 I’ll be honest, when I first heard a junior engineer had sent a gendered manifesto via a company-wide email at Google, one thought immediately jumped to mind.

Not for nothing, but this is the same company who thought normal glasses were boring. I sort of assumed they’d be off using holograms or something else that looks like it came out of “Star Trek.”

But curiosity got the better of me, and I actually read it all. It was… disappointing, to say the least.

The Washington Post didn’t release his name, and I won’t bother to hunt it down. We’ll just call him Chad. He kind of strikes me as one, and it’s easy for me to remember.

Before I begin… a few rants to get out of the way.

First of all, I just cannot believe that a junior engineer is telling Google how to run their ship. That’s like me telling McDonald’s CEO that ice cream and french fries can never co-exist peacefully due to their opposing agendas, and trying to force the issue is creating an ideological snack chamber. What do I know? My only qualification is that I love fries and live near a McDonald’s.

Point is, don’t tell the c-suite what to do when you’re new to the game. It comes across as rude, entitled and presumptive.

What Chad and other like-minded folk appear to have forgotten is history. I weep for Chad’s high school history teacher. I bet he was a handful.

Computers got their start from minorities, and yes, that includes women. The same women Chad so kindly describe as being prone to “neuroticism (higher anxiety, lower stress tolerance).”

So let’s talk about these amazing women who changed the computer field as we know it. I’ve seen “Hidden Figures” an insane amount of times, so we’ll focus on other women in this post. But here’s a Wikipedia post about African-American women’s contributions in computer science for all us “Hidden Figures” fanatics.

By the way, this is not meant to be an all-encompassing list. You can start your history journey here.

​If this video of Grace explaining the intricacies of time on late-night TV doesn’t automatically make you adore her, then you and I have nothing more to say to each other.

Grace was an incredible force of nature and contributed massively to the field of computer science. They don’t call her “Amazing Grace” for nothing.

She was a professor at Vassar, having earned her PhD in mathematics at Yale, until she joined the U.S. Naval Reserves in 1943 to aid in wartime efforts.

Yale’s bio page puts it best. “Perseverance was on of the personality traits that made Grace Murray Hopper a great leader. On her arrival at Cruft Laboratory she immediately encountered the Mark I computer. For her it was an attractive gadget, similar to the alarm clocks of her youth; she could hardly wait to disassemble it and figure it out. Admiral Hopper became the third person to program the Mark I. She received the Naval Ordnance Development Award for her pioneering applications programming success on the Mark I, Mark II, and Mark III computers.”

Grace would go on to prove that computer programs could be written in English and understood by computers, which led to the development of COBOL, an early high-level programming language still in use today.

My favorite picture of Margaret Hamilton is a photo of her standing next to all of the navigation software she and her team wrote for the Apollo project. She put men on the moon!

Probably the most important work she did in regards to this effort was her software design for priority alarm. In her own words…

“The computer (or rather the software in it) was smart enough to recognize that it was being asked to perform more tasks than it should be performing. It then sent out an alarm, which meant to the astronaut, I’m overloaded with more tasks than I should be doing at this time and I’m going to keep only the more important tasks; i.e., the ones needed for landing … Actually, the computer was programmed to do more than recognize error conditions. A complete set of recovery programs was incorporated into the software. The software’s action, in this case, was to eliminate lower priority tasks and re-establish the more important ones … If the computer hadn’t recognized this problem and taken recovery action, I doubt if Apollo 11 would have been the successful moon landing it was.”

Essentially, she was able to program the computer to do what was most important, instead of doing things in a sequence. She also coined the term software engineering, so people could understand all the neat stuff she was taking on.

We can’t talk about the foundation of computers without mentioning Ada. She is more or less considered to be the first computer programmer, having written the first program of it’s kind.

She met and began working with Charles Babbage (often called the “father of the computer”) on his Analytical Engine, considered by many to be the first computer. Ada was so smart and inquisitive, that Charles wrote about how much she impressed him.

She spent nine months translating Italian mathematician Luigi Menabrea’s article on Babbage’s Analytical Machine, and began adding notes to better explain it’s function. At the time, even scientists couldn’t grasp what it was supposed to do, and most of the British establishment couldn’t be bothered.

Her notes ended up being three times longer than the article she was translating, and the detail was astounding. In Section G, she writes about a method for calculating a sequence of Bernoulli numbers with the Engine, which could have run correctly had the Analytical Engine been built.

And her work was pretty well-received too. Scientist Michael Faraday declared himself a supporter of her writing, and I’m guessing Charles just sat back in awe.

​Finally, let’s talk about Annie. She’s a favorite of mine because she was an actual rocket scientist. Anytime you ever mumble “Come on, it’s not rocket science,” I hope you think of Annie because Annie was amazing.

She was essentially starting from scratch in terms of her education. “Separate but equal” was still in place, requiring her to work harder than her white counterparts in school. Despite the lack of equality in education, she graduated valedictorian. She went to Xavier University to study pharmacy for two years, until she moved to Cleveland and ended up finding her true calling.

In 1955, she saw an ad in the paper about working for the National Advisory Committee for Aeronautics (NACA) as “computers.” The next day, she applied. Within two weeks, she was hired at what would eventually become which became the NASA Lewis Research Center and then the John H. Glenn Research Center

She completed her bachelor’s in mathematics and did so much work for NASA it’s exhausting. From her Wikipedia…

“Her 34-year career included developing and implementing computer code that analyzed alternative power technologies, supported the Centaur high-energy upper rocket stage, determined solar, wind and energy projects, identified energy conversion systems and alternative systems to solve energy problems.[3] Her energy assignments included studies to determine the life use of storage batteries, such as those used in electric utility vehicles. Her computer applications have been used to identify energy conversion systems that offer the improvement over commercially available technologies. She retired in 1989 (some sources say 1991).

Easley’s work with the Centaur project helped as technological foundations for the space shuttle launches and launches of communication, military and weather satellites. Her work contributed to the 1997 flight to Saturn of the Cassini probe, the launcher of which had the Centaur as its upper stage.”

Annie was awesome. So on that note, I’d like to finish this post with an Annie quote that is the proverbial form of a middle finger.

“When people have their biases and prejudices, yes, I am aware. My head is not in the sand. But my thing is, if I can’t work with you, I will work around you. I was not about to be so discouraged that I’d walk away. That may be a solution for some people, but it’s not mine.”

These and other women built something out of nothing. Chad would not and could not have the job he used to have, nor could Google exist as a company, without the foundation that these women built.

He has done nothing to be recognized like they have, instead complain to the c-suite about how they’re doing things wrong.

Which, if I may, makes it seem to me like he’s the one who is too emotional to be a software engineer.

April 30, 2021 No Comments
Next15 Local Kansas City Restaurants That You Can SupportNext