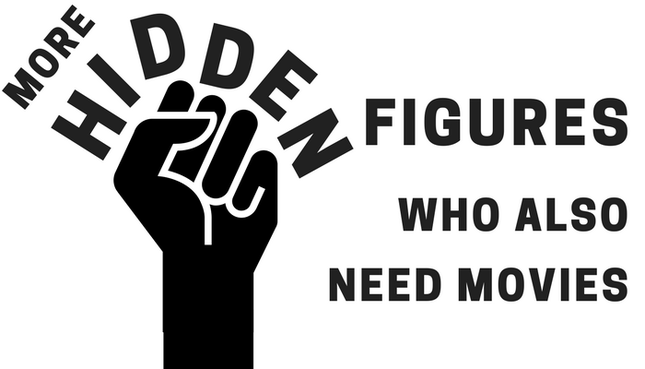 Incredible women are everywhere in history, tearing down social structures the way Jonathan Scott tears down non-load bearing walls on “Property Brothers.” Three of these amazing history heroines are featured in “Hidden Figures” and if you haven’t seen it, then you and I aren’t making any late night Taco Bell runs until you do. It’s pretty incredible, these women are so smart it blows my mind straight out of orbit.

Also, if you really think about it, it really is just a movie about men who were too stubborn to ask for directions to space.

Seriously, go see the movie. You’ll wanna be an engineer after it, so you can be just like Katherine Johnson, Mary Jackson, and Dorothy Vaughan. I know I do.

If you’re itching to learn more about wonderful women renegades, I’m here to help! And so are fabulous sites like this, updated weekly. 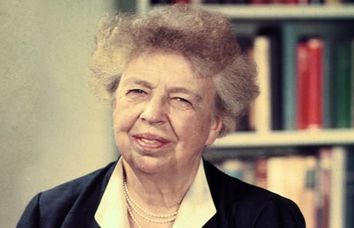 Image source: http://bit.ly/2jxGidh
​I adore this woman. I actually did a history project on her life when I was in 4th grade and have looked up to her ever since. Have you ever had a figure of authority saying something you don’t agree with, and you’ve just desperately wanted to correct them? Eleanor did. To her own husband. While he was in office. Because she was amazing.
She was also never afraid to make a statement. When the Daughters of the American Revolution refused to let singer Marian Anderson perform in the Constitution Hall, she basically said “Forget this!” resigned and arranged for Anderson’s performance on the steps of the Lincoln Memorial. It attracted thousands.
She took a very public stance on expanding women’s role in the workplace, civil rights, and the rights of veterans. I happen to think she would’ve made an amazing President, but she did some fantastic work as first chair of the UN Commission on Human Rights, where she oversaw the drafting of the Universal Declaration of Human Rights.
​ 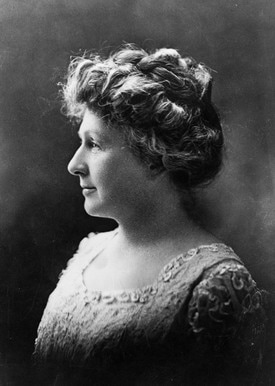 Image source: http://bit.ly/2j97HW1
​Annie Jump Cannon was so astronomically smart it’s hard to comprehend (you’ll see why that sentence was a pun in a bit). Annie loved the stars. So much in fact, that she went to Harvard (Harvard!) to study the subject. Eventually, she ended up as a Harvard Computer: the all-women group of analysts working for Edward Pickering, the head of the Observatory, in the early 1900s. Edward Pickering allegedly had a Hollywood movie scene-type reasoning for an all-female group, and this is how I imagine it played out;

Edward: Holy cow, you men are the most incompetent people I’ve ever seen! You know what? I bet my maid could do better than you jokers!
Maid: *catalogs over 10,000 stars and is an actual genius*
Edward: … my god. I am never hiring another dude ever again.

Annie herself went on to catalog 350,000 stars and had no trouble recalling them all. She also vastly improved the classification system, in a conversation that I’m pretty sure went like this;

Annie: Hey Edward, you know the classification system we use is super inadequate, so I made a new one that’s way better.
Edward: No way! I bet with some minor tweaking, this method will still be used decades from now. Like in 2017!

In addition to being amazing at her job, she continued to do so at lightning speed. She never retired, worked 7 days a week, and eventually became involved in the women’s suffrage movement. Annie managed to do it all, despite being nearly completely deaf. 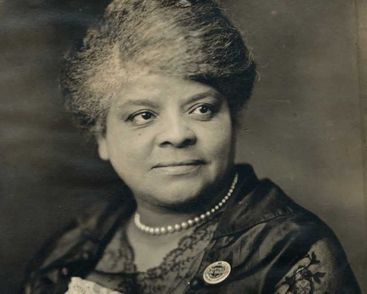 Image source: http://bit.ly/2jxElx9
As someone studying in the college of Journalism and Mass Communications, we probably owe it to Ida to put her face in the main hallway. She’s everything a true journalist should be, and more. Ida basically looked fear right in its eye and tore it to pieces in an editorial column.
Ida had a rough life, but refused to let that bring her down. At age 16, her parents died of Yellow Fever, so she worked to keep her siblings out of foster care. Then, at age 21, she refused to vacate her seat on a train for a white woman and was forcibly removed by a gang of men.

What really defined her career was her unflinching reports on lynching in America. Lynching was horrific, but no one would say a word. That all changed after the appalling deaths of Tommie Moss (a friend of Wells), Henry Stewart, and Calvin McDowell in Memphis in 1892. Seeing the need for facts, she did the single bravest thing a journalist could do at that time… she published a pamphlet called Southern Horrors and tore lynching myths to shreds.
​
But she didn’t stop there, although she was getting death threats regularly. Rather than retreat, she did the exact opposite. She began speaking tours, founded civil rights organizations, and headed in-depth investigations. She continued these efforts for over forty years, even after her office was burned to the ground. Nothing could scare her, it only propelled her writing.

These are just some of the many inspiring women I’ve learned about, but I’d like to hear from you too! Let me know about a historical woman who inspired you in the comments below.