The Prague Blog: A Stay in Scandinavia 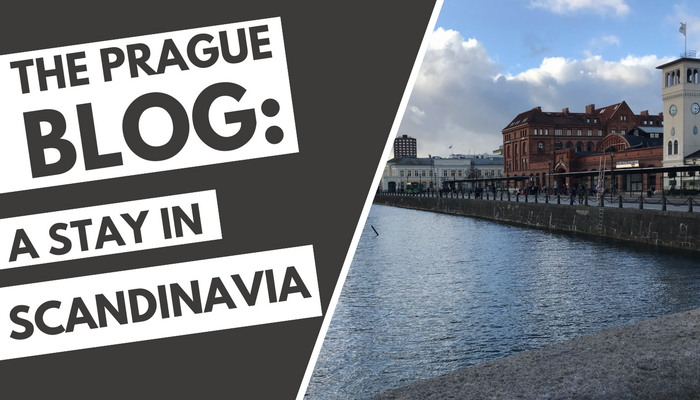 I was in 4th grade when I knew I wanted to go to Copenhagen.

We were reading Number the Stars, which takes place in that very city. As a result, we spent the better part of a few months learning about Denmark, Danish culture and the language. I can still count to ten in Danish. Ask me sometime.
So a weekend in Copenhagen was the stuff of dreams. I was way too excited about it. Over ten years later, I’d see the city I had read and heard so much about. I even reread Number the Stars beforehand. Still as incredible as I remembered. Please give it a read if you get the chance.I’d like to say the trip went off without a hitch, but I’m not a great liar, so use this post as an opportunity to learn from my mistakes. Let’s go!
Have you ever gotten the feeling you were forgetting something but couldn’t quite think of what it was? Did you ever dismiss that feeling as you were, say, on your way to an airport? For a flight that took off in an hour? When you didn’t double check your luggage?
Nope? Just me? Cool.
I forgot my passport.
How? I’m still not sure. How I managed to forget the one thing needed to board any flight will baffle scientists for decades. It’s still baffling me.
But there I was. In an airport. With no passport.
As soon as I realized my mistake I hopped into the first cab I saw and proceeded to panic on the way to the dorm. Have you ever been in full panic mode in a cab on the highway while the Czech driver is trying his best to calm you down?
Nope? Just me? Cool.
This screw up’s got a happy ending; the flight was delayed, and I made it through security just as they were boarding passengers. I’m pretty sure I used up all of my karma for 2017, but I arrived to Copenhagen intact.
Once we checked into our Airbnb, we took a stroll through Strøget, the shopping street in Copenhagen. We stumbled upon Det Lille Apotek (“The Little Chemist”), one of the oldest restaurants in the city, and quickly settled down for an absoutely charming dinner.

Strøget is magical to walk through, especially at night. It was so fun to look through all of the different stores, especially since it wasn’t too crowded given that it was a Thursday. 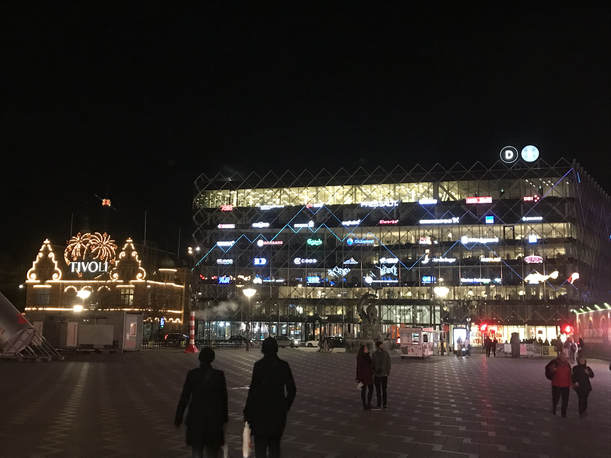 Next morning, we got an early breakfast and strolled over to Ny Carlsberg Glyptotek. This museum is beyond delightful and worth a visit. Just the atmosphere alone is incredibly soothing. I spent most of my time in the French painting wing (because of course I did), but the rest of the museum has some truly fantastic collections to offer.

La Galette was just a few minute’s walk away. Calling it a pancake restaurant is a bit of an oversimplification. Cause guys, the pancakes are really good. I got two; one sweet, one savory. Why? Cause I have poor impulse control.

I know the last one looks like a dessert pancake, but… it didn’t really count as dessert. Real dessert came from Conditori La Glace, a cake shop that specializes in cakes so pretty you want to buy them all. 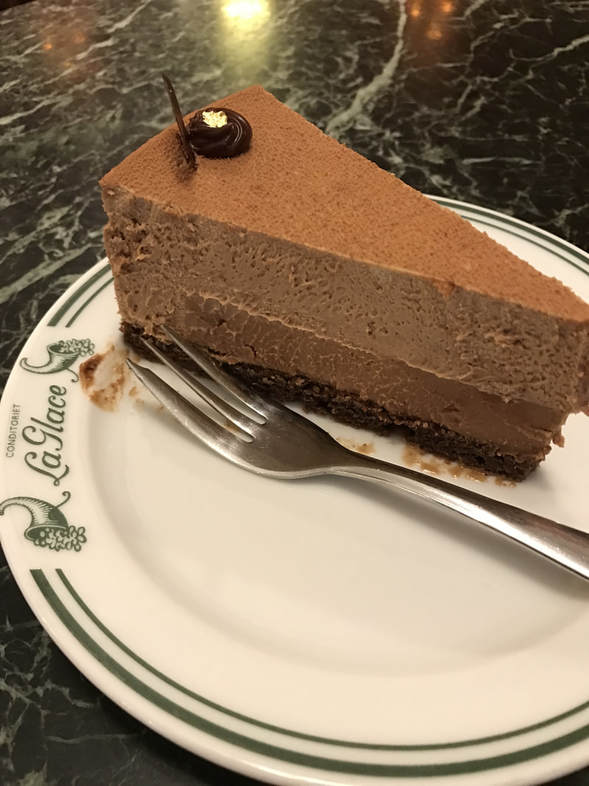 This post will get even more food-centered in a bit. I’m sorry, bear with me.

A free walking tour of Copenhagen took us around most of the city sights, leaving us in Nyhavn harbour.

It was like I was in Amsterdam all over again. I’m pretty sure even some of the buildings were crooked or leaning forward. Not 100% sure, but like, pretty sure.

Nyhavn harbour is just a bridge away from Paper Island. And Paper Island is where dreams come true. By which I mean, every food stand that ever existed sets up residence and you can feast to your heart’s content. If you’re not uncomfortably full by the time you leave, you weren’t there long enough.

I had a croquet monsieur, duck fat fries and a creme brûlée donut. My taste buds have never been happier.

Just down the street is what can best be described as a hippie commune known as “Christiania.” About 1,000 people live here, and while they all pay their taxes, there’s no trash pickup, no cars, and no structure to the community. For people who wish to live in an anti-consumer, anti-government(ish) type location… this would be it.

But… no photos were allowed. Sorry. You’ll have to check it out for yourself.

As we were leaving, the banner overhead read, “You are now entering the EU.” Fitting. Christiania felt like another world.

Did you know that Malmö, Sweden is less than an hour away from Copenhagen? Because when I first learned this, I knew we had to pay a visit.

If no one has mentioned this already, I’ll just throw it in; Scandinavian countries are cold. We were lucky to have sunshine during our visit (a few Danes told me that they had only twelve days of summer, so enjoy the sun), but it’s still chilly as can be. Malmö is a whole other beast. It was sunny, cold and windy. Like, knocking over tables and chairs windy. It was something else, and made navigating a bit of a challenge.

​We started with the St. Peter’s Church. Lovely, and very quiet during our brief visit.

After that, we poked around the Little Square and ​Sodergatan Street. It’s worth walking through for the views alone, but the shops there add a special little touch.

(Shoutout to that chocolate shop, btw. That salted caramel was positively heavenly.)

Our final stop in Malmö was a visit to the Moderna Museet, their modern art museum. Free entry too! 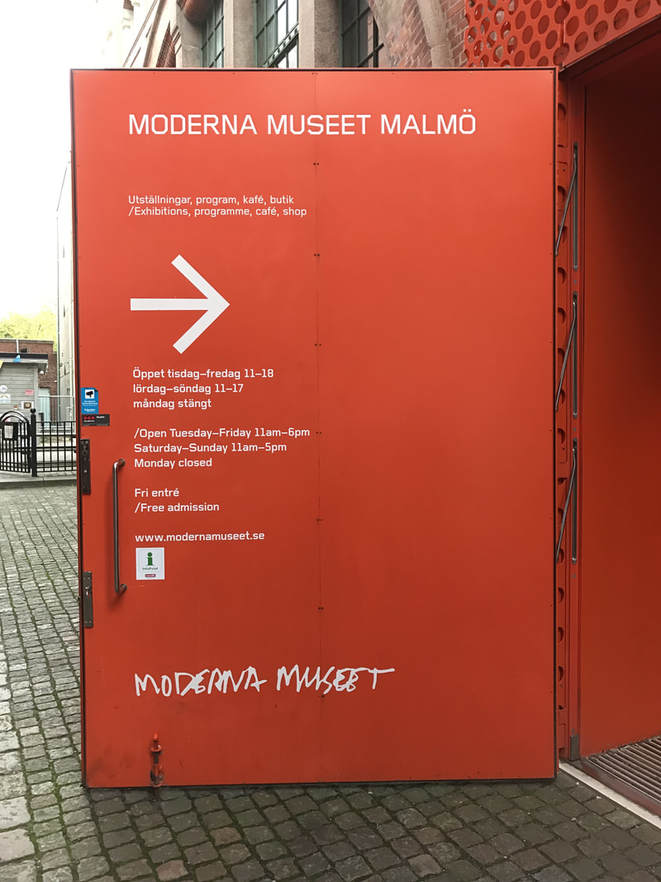 By far the highlight of the exhibit was the second floor, where we saw Kiki, a documentary that chronicles the performance-based art form, Ballroom. LGBTQ youth have taken this and formed an artistic activist subculture, named the Kiki Scene.

The train ride back passes over the ocean. The view is stunning, especially since it was a rare sunny day for Scandinavia. 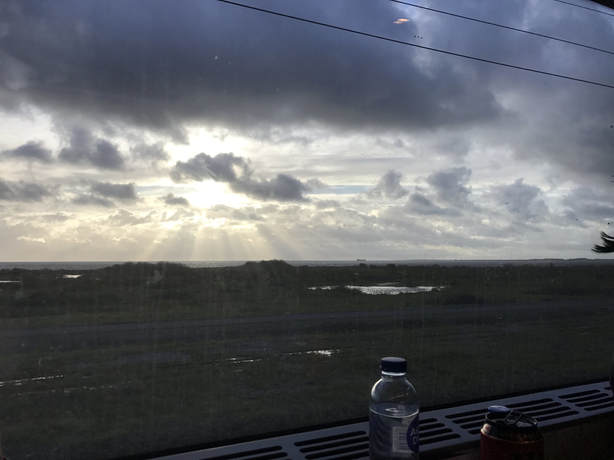 Our final day in Copenhagen was spent in the Tivoli amusement park. It was all decked out for Halloween. We basically had to go. With Unlimited Ride passes. Absolute necessity.

It was so completely charming. Every inch of the park had been meticulously decorated, and it looked lovely. And the rides were exactly what a thrill-seeker would have in mind. On one ride, it went so fast I couldn’t even move. That’s exactly the kind of adventure I want from an amusement park, and Tivoli delivered.

Leaving Copenhagen sucked, and not just because my flight got delayed. It was such a lovely visit. Hugs to the city that stole my heart in 4th grade, and kept it for good last weekend.