Embracing My New Life as a Cliché Millennial 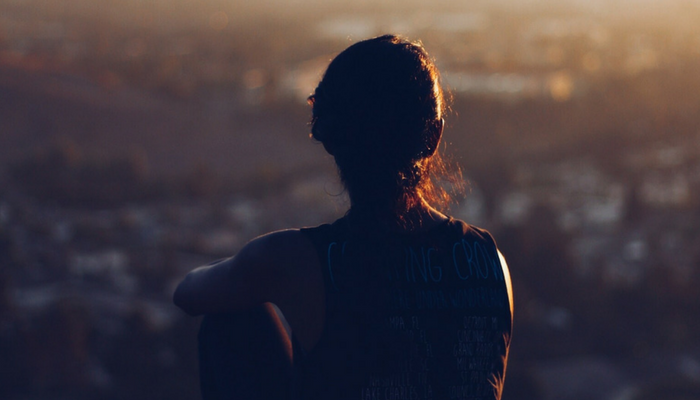 Since graduating college, I’ve done the following…moved back in with my mom,

I’ve done it. I’ve become a cliché Millennial. It feels half-freeing and half psychologically crushing due to the immense weight of world problems that will someday be ours. Cool.If, however, you’re struggling with embracing your role that defines your age group, fret not! I’m here to help, with my blog and six more months until my free trial expires. Let’s go!

I know, I know, this joke is super old and I’m late to the party, but what did you expect? This was my last SnapChat post. I’m not exactly known for my timeliness. 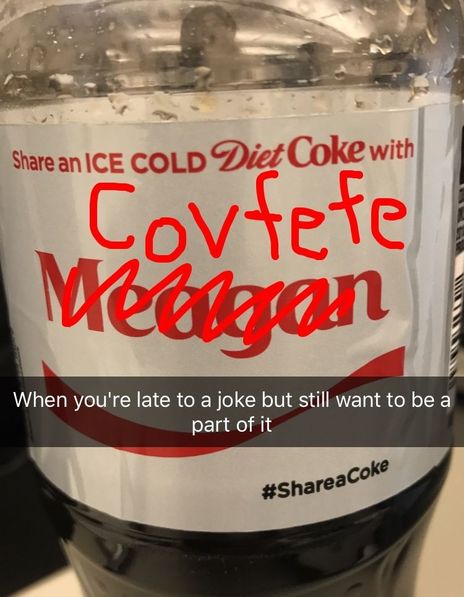 Regardless, spending $4-6 when you get your bills is the solution to your insolvency. Student debt payments? Avocado toast! Doctor bills? Slather that shit on! Car payments? Bring out the bread! Mental health appointments? Who needs it when you’ve got avocado toast?!

2. Destroy yet another somewhat specific industry, you selfish human being.

Turns out we Millennials have more power than we thought. Last month, we took down diamonds. This month, it looks like chain restaurants are on their way out. If we really put our heads together, I bet July will be the end of mildly expensive handbags. It’s all about organization people. Let’s make this happen. 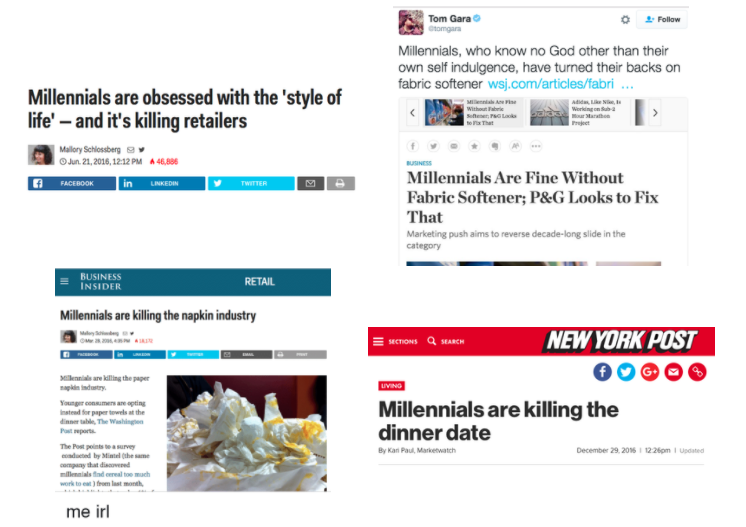 3. Adding a part-time gig to your other gig and call it a “side hustle.”

Blame Uber for making the phrase “get your side hustle on,” a thing. A side hustle sounds like a dance your parents do at a wedding while they’re waiting for the “Cha Cha Slide” to come on. But here we are.

I’d suggest retail, but if random clickbait is telling me anything, it may be the next victim of the Millennial murder rampage. So that leaves call centers and whatever organic grocery store replaced the Radio Shack on your street. Gotta pay that rent somehow.

Remember when YouTube had just begun, and we all watched ridiculous videos that got millions of views and thought, “I could do that.” Well, our time has come and gone. A beauty vlogger I’ve followed for years was discussing how she’s renovating her vacation home. It was a slap in the face, if I’m honest. I’m pretty sure, “I should’ve started posting on YouTube,” will be the “I should’ve bought stock in Apple” of our generation. Such is life.

5. Scrolling through recipe videos in between bites of Ramen.

It’s not that you’re lazy (well, that’s part of it), but that vegan pesto pasta used an ingredient you’re pretty sure can only be bought at a certain month in Canada after trekking on foot for 18 miles and bringing a sacrifice. Kraft is probably the next best thing. Probably.

Is there anything you’ve done to embrace your status as a cliché Millennial? Tell me over some avocado toast!

January 2, 2021 No Comments
PrevPrevious9 Things All College Students Have Definitely Experienced During Finals Week
NextOh my God why is finding a job so hard!Next