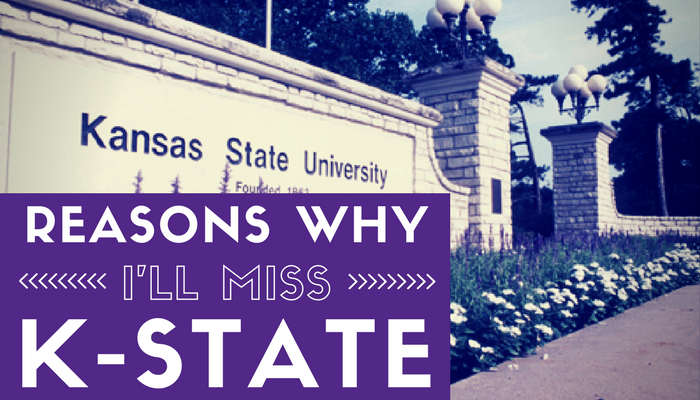 Facebook reminded me that this happened a year ago… 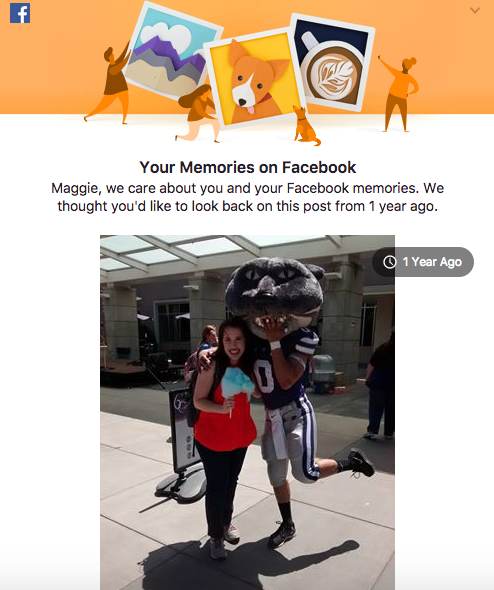 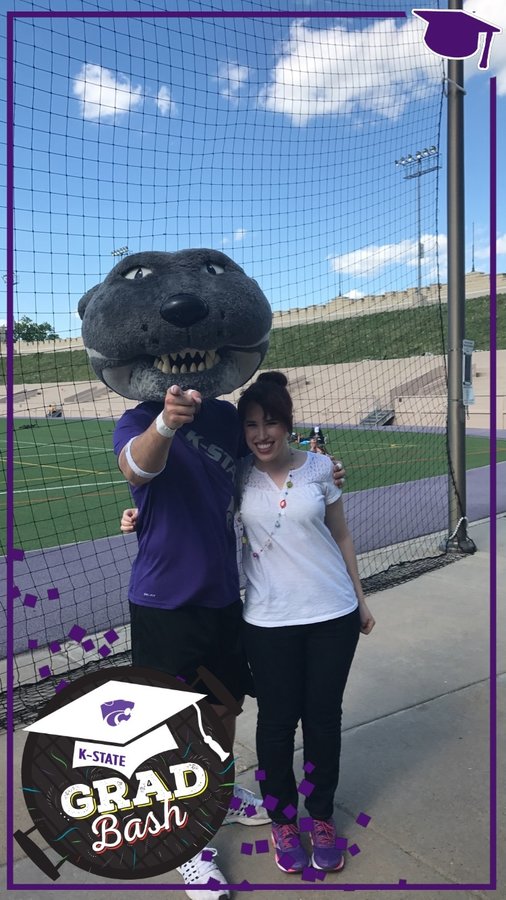 And then another because why not… 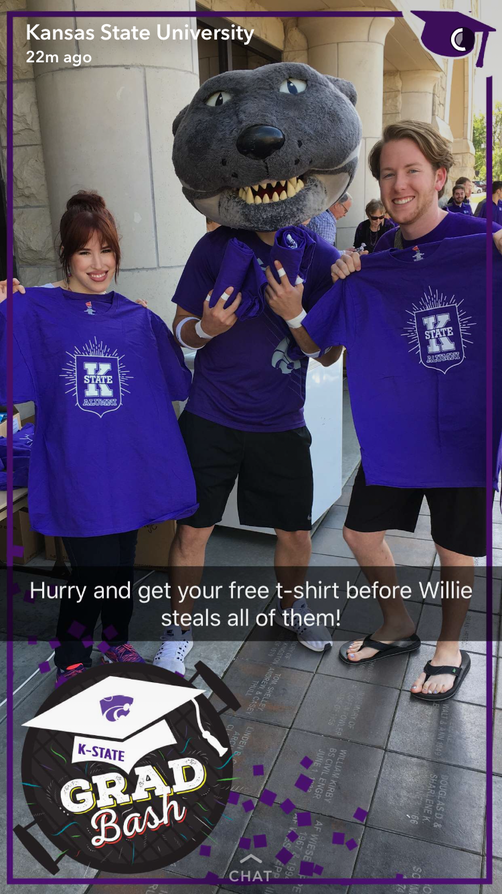 And finally, this one, which will forever be my favorite picture in the history of ever… 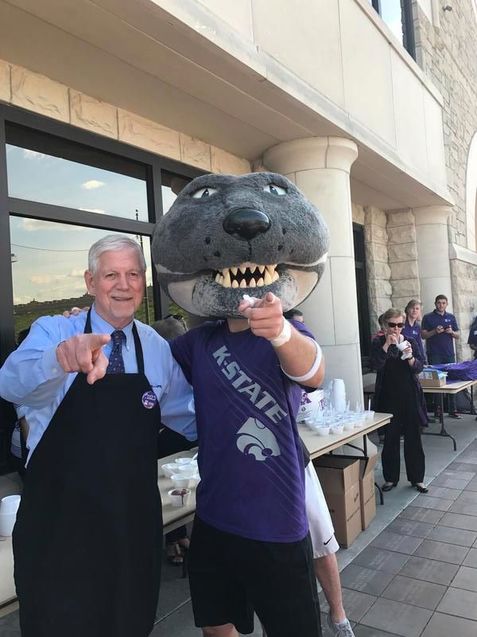 Then, when I came home and the sugar rush from the ice cream you see in the background wore off, it hit me. I’m graduating. The hell?

Didn’t I show up to freshman orientation a week ago? Haven’t I just gotten my room assignment in Goodnow Hall? When did all this graduation nonsense happen?

Well, like it or not, come May 13th, I’m donning my cap and gown. Funny enough, while I don’t feel ready to leave, I vividly remember the phone conversation I had with my mom when I first got to K-State. She had just dropped me off at the dorm and I was supposed to be unpacking, but instead I called her and asked if she could come pick me up because I had changed my mind about this whole college thing. She hadn’t even made it to Topeka yet. But I was ready to peace out.

Awkward beginnings aside, I’m really going to miss college. I love it here. I really do. Mom might actually have to drag me away from K-State this time around.

So here are my main takeaways from my four years at college. Obviously, I’m no expert, especially since I still haven’t officially graduated yet. But, this is the Internet, and I have a blog, so here goes…

I know some programs are packed as hell (looking at you, architecture) so this may be easier said than done. But if you can squeeze in something different, I’d highly recommend it. I’ve taken courses on tap dance, singing, photography, computer science, personal finance and moral philosophy.

You wouldn’t be able to find any of these classes in my program curriculum, (which is a shame, because tap dance and public relations would make one hell of a class) but I’d take them all again if I could. It also gave me a new perspective on the people who’s program involves the courses I mentioned. Plus, it more or less assured me I was in the right field. I could never be a philosophy major. Or a vocal performance major. Or a computer sci- well, you get it.

The criteria for this is really up to you. Do you want to be the guy who rides a unicycle to class everywhere? The woman who’s a magician in her spare time? Start a club devoted to baby turtles? Honestly, the world is your oyster.

I started doing stand up comedy junior year, and it was a game changer. I didn’t think there was much of a comedy scene in Manhattan, and I was mistaken. Bigly. The folks who put their heart and soul into their stand up routines are some of the best people in the world and I’m a much better person for knowing them.

So do something a little (and I hate this phrase, but screw it, it applies) outside your comfort zone. It’s awesome.

In college, it can be so easy to forget to live in the moment because you’ve got a test to study for tomorrow, a group project that’s due next week, a work schedule that’s only getting busier, a bunch of internship applications that need to be filled out and you need to meet with a professor during office hours because you’re not quite understanding where he was going during his last lecture and- woah.

I got overwhelmed a lot at K-State, so I get it. When the going gets tough, remember that you’re in college, with an opportunity to better yourself through an education in an awesome town with this kick ass food truck that sells grilled cheese mac ‘n’ cheese at 2 a.m. on a Friday. I owe Varsity so much.

I’m pretty lucky to have the college experience that I had. That’s why saying goodbye won’t be easy. Mom probably won’t make it back to Topeka before I’m begging her to turn the car around. 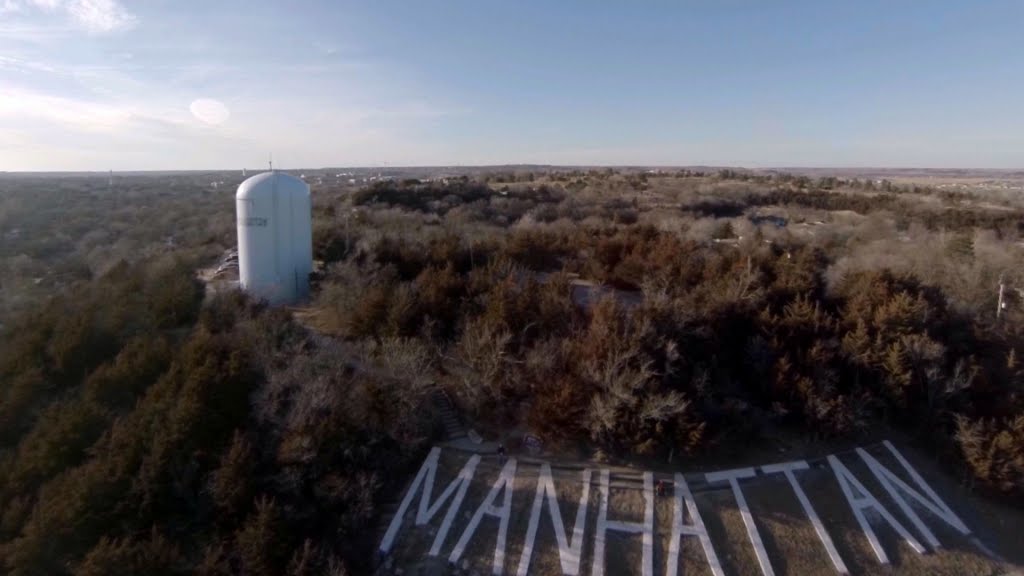 April 30, 2021 No Comments
PrevPreviousFinal Thoughts on my Final Semester
Next9 Things All College Students Have Definitely Experienced During Finals WeekNext